2014 – Pipefest Stirling
Marching from the gates of Stirling Castle to mark the 700th Anniversary of the Battle of Bannockburn, Pipe Bands, Scottish Clans and Highland Dancers are invited to take part in an international parade through the City of Stirling.  The March will be led by the Atholl Highlanders .   (image: Shona McMillan) The flight-deck of the US Intrepid, NYC. 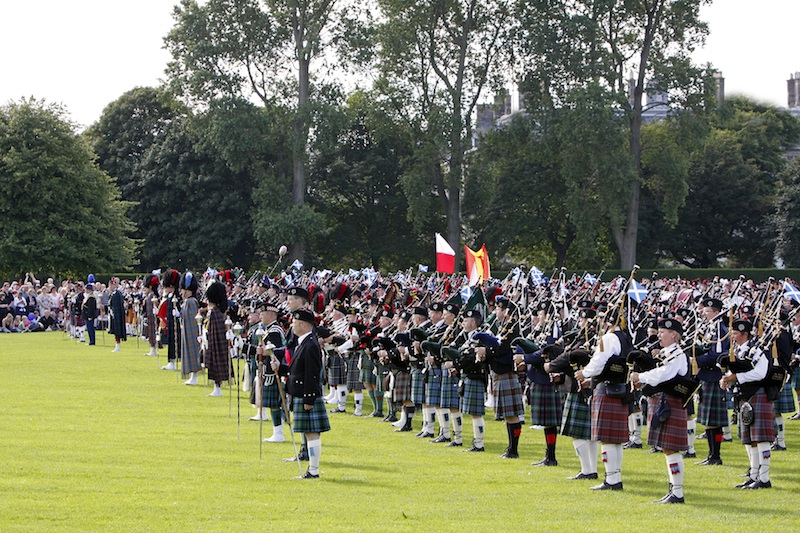 2004 – Opening of the United States Formula One Grand Prix
250 players start their bagpipes and drums, led by Sir Jackie Stewart 2003 – Pipefest Paris
400 pipers and drummers march under the Eiffel Tower. 2000 – The BT Millennium Piping Festival
Thousands of pipers and drummers from around the World help raise money for Marie Curie Cancer Care led by International rugby
star,  Gavin Hastings who led the parade in 1995, 2000, 2005 and 2010! 1995 – The BT Massed Pipes & Drums of the World for Marie Curie Cancer Care
Produced by Thomas Grotrian – “the event that started it all”.